In fact, Z has so much “vegan cred”, some of the staff at Z Dee Street are vegan themselves :-)

So popular was Z’s “Gourmet Mexican”, it became a best seller, and a PERMANENT fixture in the petrol station’s piewarmers.

Initially, it was hard for poor Gemma to even BUY one of her pies!

With the “Gourmet Mexican” selling like hot[pies], and the vegan “Vegetable Korma” making a limited edition run, we thought it was time to add Z Energy to our INVSOC food guide :-)

Check out our Z Vegan Pie Review, starring our own Mexican INVSOC Member Angel!  A “gourmet” himself, Angel reckons Z’s pie is a full 8.5 out of 10.  Praise from Caesar is praise indeed! 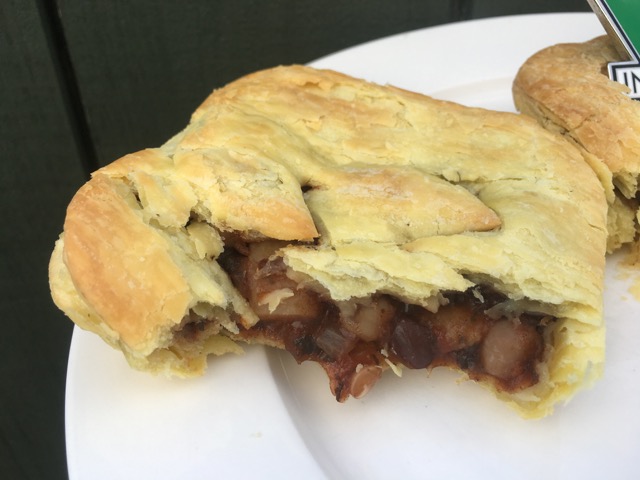 We love the “Gourmet Mexican” so much, we even featured it in our “Pork Pie” related 2016 New Year’s Resolution video!

Grab a hot, animal friendly vegan pie from our friends at Z :-)