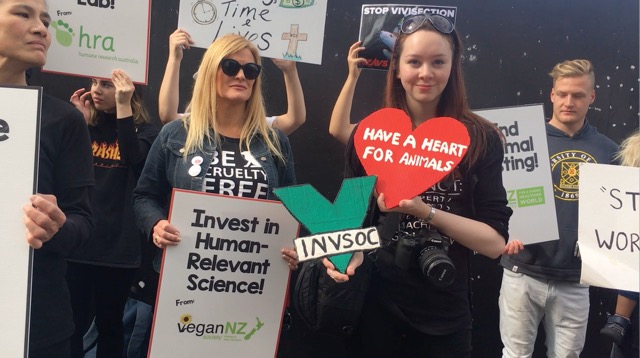 Notably, the top floor windows are entirely whited out (for privacy?), and caught on video, during the march, someone from inside the facility hurled down a tennis ball at us!

Check out our full video of the march: 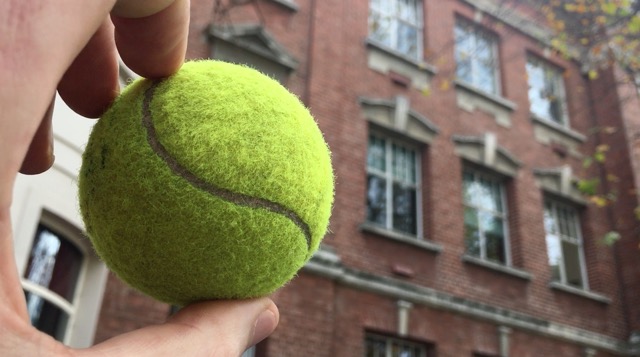 Dunedin/Ōtepoti Vegan Society – DOVeS member Carl Scott shared how in a personal conversation once, a high-ranking Otago University animal lab insider admitted that the research conducted there often has nothing to do with saving human lives. He told Carl that a lot of what happens in the Hercus building is merely “so some prick can get his PHD”. The cynicism in that comment is clear.”

For the animals, we continue to work towards a kinder future, without animal experimentation. 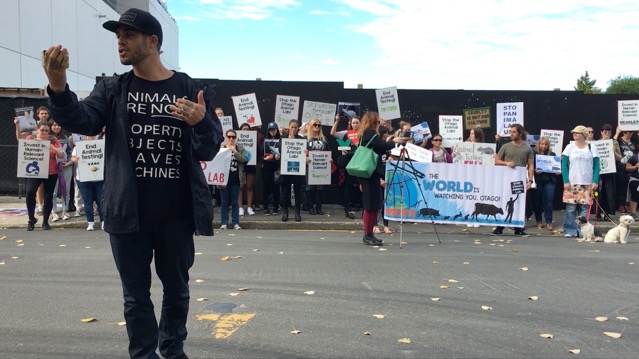 Earlier, we also caught up with James Aspey and shot a quick fun video about him “wanting” to join the Invercargill Vegan Society, but not QUITE being cool enough!

We enjoyed one of Jame’s internationally renowned presentations about helping animals – “step one go vegan, step two, help others do the same” – and found him very inspiring as an animal rights vegan activist. 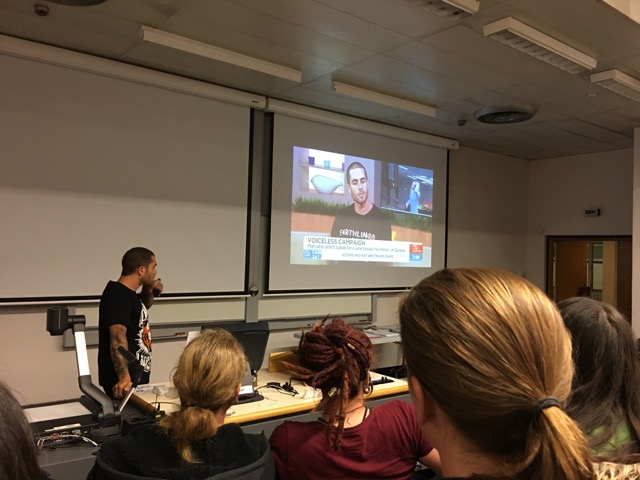 We even bumped into each other at the Octagon Subway! 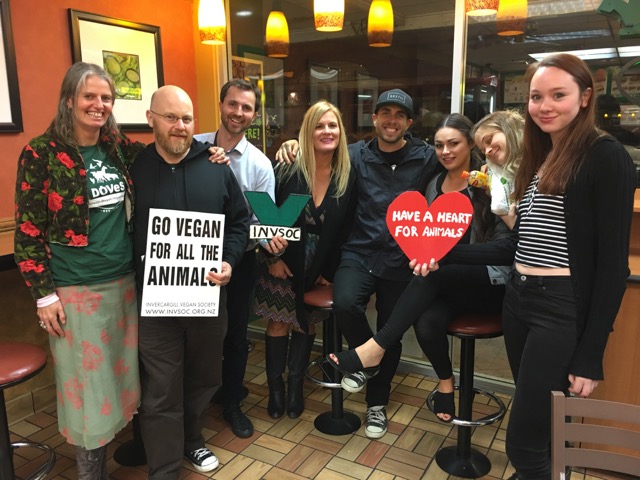 Towards a kinder world for animals, we’re glad to work alongside other animal rights activists.