“MEAT is the modern story of the animals we eat, as told by the people who never get to say their piece – from the solitary hunter who believes everyone needs to be educated about their food, to an industrial pig farmer who argues that money isn’t his primary driver.

MEAT is a revealing and thought-provoking documentary that does not tell you what to think – but shines a new light on the people, the land and everything that lies behind the supermarket shelves.”

“MEAT” starts off with a hunter’s observation how New Zealanders no longer have a tight connection to hunting and killing animals.  “We are predators, we have two eyes in our head that face forward.  We were designed to harvest meat.”  The forwards location of our optic nerves is nature’s permission to eat animals.

But with the observation that we can kill, Josh mentions a moral qualm: he believes we should fatten and kill animals in a humane way, and that perhaps children shouldn’t see what happens inside slaughterhouses.  They might not appreciate knowing what we do to the animals inside…

“…I don’t know if we need to shove it in their faces, look at the chickens, look at these pigs, I kind of struggle with people who eat meat,  and they’re quite happy to eat meat, but they don’t realise, the process that a farm animal goes through to get from the farm to their plate.”

Thankfully, “MEAT” is just the documentary to reveal this process.

Without funding from animal rights activists OR our nation’s large animal industries, director David White brings us a neutral documentary with an honest view of how animals live, and are killed for their “meat”.  It’s invigorating, as White himself mentions the biased nature of both “farming propaganda videos”, and footage captured in the dead of night by vegan “activists”.  Taking a path through the middle, “MEAT” shows the warts and all nature of our primary industries, a hunter and three farmers themselves sharing their story and thoughts on life.

We see pig farmer Ian artificially inseminating a straddled sow with an IV bag of semen, followed by his subsequent joy as mother pigs give birth.  “Hi World, I’m out!”. 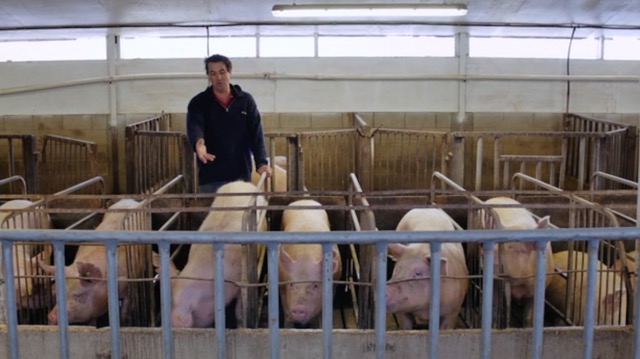 Hunter Josh has thoughts on mindless consumerism and children demanding new presents.  “I’ll buy you a tool or a weapon, but not a toy.”

Sheep farmer Jill shares how in a previous life, she worked in the police force.  As a woman, the male officers expected her to make their cups of tea!  We learn throughout “MEAT” what a strong, staunch character she is, working from sun up to sun down on her sheep and pig farm.

Chicken farmer Tony adds perspective on life – and what to do post-retirement.  His farm and slaughterhouse setup are staffed largely by retirees – “retired people are experienced, not likely to get pregnant, they would like to do something to distract themselves.”

The subjects all have thoughts on the animal’s last moments alive.  Before his gun goes off, hunter Josh whispers to camera “stay there ya fuckers”.  One of the chicken slaughtermen expresses being bothered by sleepless nights imagining “buckets with little heads”… 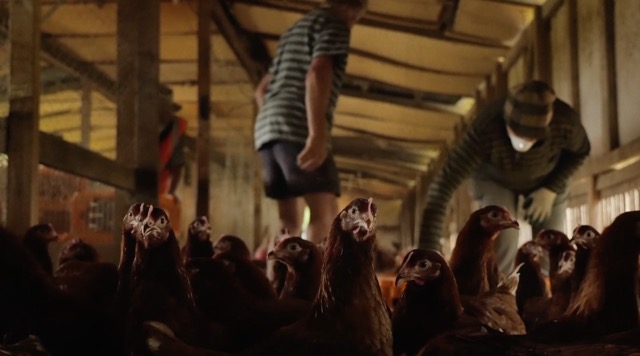 The hunter admits that he too was initially bothered by killing animals.  “I used to get sad, shed a few tears over my first deer, on the deer’s behalf.”  He still finds arranging their deaths to be unpleasant, “but lots of meat makes up for the sad part.”  His four months working in a slaughterhouse are remarked upon as being depressing, with “that smell of death, that feeling of death, the sound of death” being overpowering.

The sheep farmer works incredible hours and through rough conditions, but also fesses up to having a soft heart, crying while watching animal films.  “I can bawl my eyes out, and keep on going, and just go out and kill a sheep or pig.”  Her philosophy is that she’d fight against overseas terrorists to stay alive, but “when your numbers up, your numbers up.”

One of my favourite scenes is of Tony the chicken farmer reflecting on his own eventual passing.

“I want to be remembered as a nice guy.  Everyone I meet, I’d like to imagine afterwards the feel the meeting was worthwhile.”  All four people come across as having a genuine life philosophy, that they want to do good in the world.  It reminded me that New Zealand’s animal farmers are real people, fundamentally no different than the 85% of New Zealanders living in well developed cities like Invercargill!  My friends, my family also work in these industries, “MEAT” does them a great service by showing the humanity of those who (currently!) kill animals.

As Sting reminded about those on the other side of the Cold War, “we share the same biology, regardless of ideology.”  The Freezing Worker still shares a lot in common with the vegan animal rescuer.

The owner of a chicken slaughterhouse reminisces on world peace.  “If everyone’s first object in life was to be nice to people they met, we would probably lose our armies, navies, air forces.  That’d cure a lot of ills, I think, I would love that.”

As a meddling animal activist, I’d link kindness, an end to war with rescuing animals.  Humans and the other animals in our slaughterhouses, we all bleed the same colour.  I can imagine a world without bloodshed, which would start with how we treat animals.  Perhaps seeing how the sausage is made will empower New Zealanders towards veganism?

In our interview, the director mentions how one crew member stopped eating animals, having seen and learnt more about these industries. However, another of David’s friends actually started eating pigs again. “She said she thought pig farmers were the worst people in the world, but she had only one source of information.”
“I’d never been on a farm. The film asked me, not explicitly, to think about where I got my information. So I went and found out more. You know, bacon is delicious”.

With viewers encouraged to make up their own minds, “MEAT” provides food for thought. 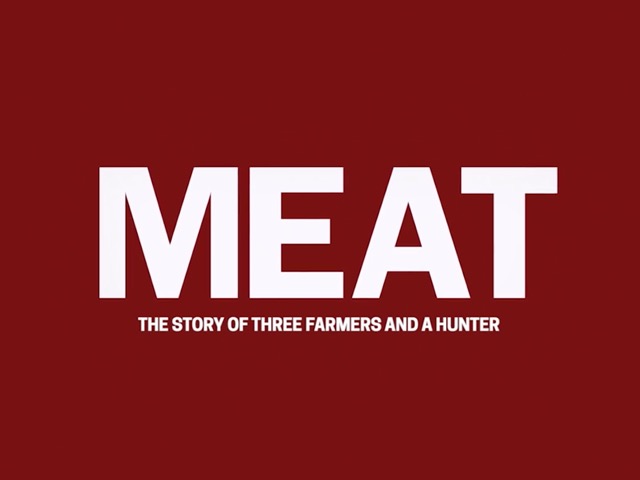 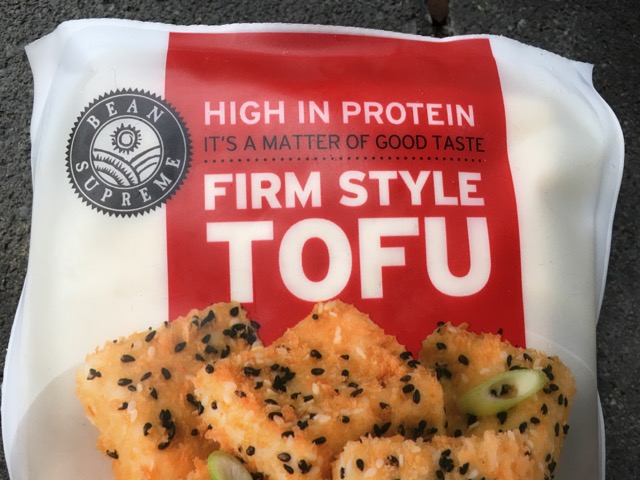 how legit is seatgeek